In 1935, at the height of the Great Depression, Victorine DuPont Homsey and Samuel Eldon Homsey established a ground-breaking husband-and-wife architectural firm. Weathering highs and lows of the economy through the years, their ingenuity and modern sensibility enabled them to create great architecture despite the limitations of the times. It is on this foundation that the Homsey Architects of today was built. 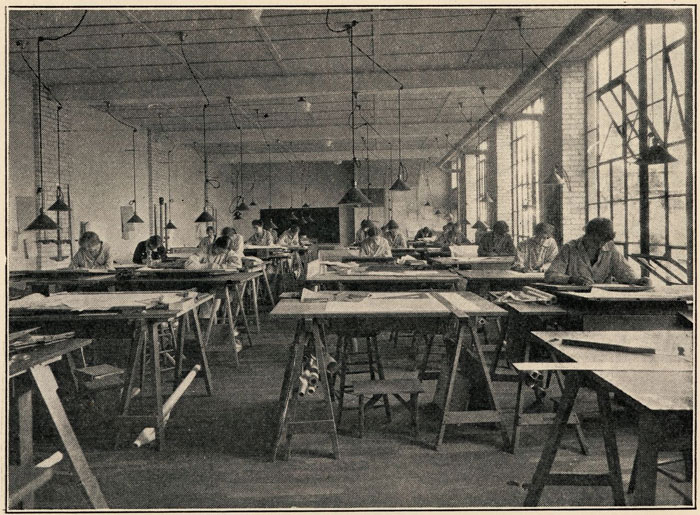 The Cambridge School of Domestic and Landscape Architecture for Women

Victorine, a descendant of industrialist Alfred V. du Pont, and in the du Pont family tradition, was drawn to the worlds of art, architecture, and horticulture. Upon graduation from Wellesly College in 1923 and hoping to pursue architecture, she found that the Harvard Graduate School of Design did not accept women. Undeterred, she completed a certificate program from the non-accredited Cambridge School of Domestic and Landscape Architecture for Women, which was situated not far from Harvard Yard. As the “women’s school” was staffed by the very same professors and using the same curriculum as the Harvard program, Victorine received the solid preparation necessary to enter the male-dominated workforce of draftsmen and architects in Boston. Ten years later, when the school became affiliated with Smith College, the body of female students who had completed the coursework at Cambridge were granted official Master of Architecture degrees from Smith. 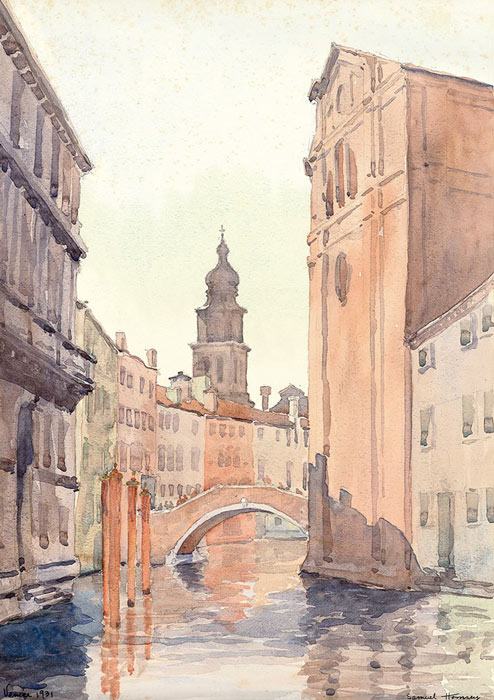 In 1926, Samuel, freshly graduated with a Master of Architecture degree from the Beaux Arts architecture program at Massachusetts Institute of Technology, was hired as a draftsman by the firm Allen & Collins in Boston. It was there that he met Victorine, also working as a draftsman. Allen & Collins specialized in the Gothic Revival style and assigned Samuel the task of producing detail drawings for the National Cathedral in Washington. Victorine worked on Colonial Revival houses and gardens establishing a broad knowledge of landscape design, which proved highly useful in the practice she and Samuel would later found.

Victorine and Samuel married in 1929 at the start of the Depression, an inauspicious time for architects. With work for architects scarce during these years, the couple retreated to Europe and Mexico where they could live cheaply. Samuel, adept at the colorwash rendering techniques he learned at M.I.T., began a lifelong stream of fine watercolor paintings featuring architectural landmarks and scenes from their travels. He would use these techniques extensively later on in their practice. Several of his works are in the permanent collections of the Boston Museum of Fine Arts, the Delaware Art Museum, and the Biggs Museum of American Art in Dover, Delaware. More of his watercolors can be viewed at the bottom of this page. 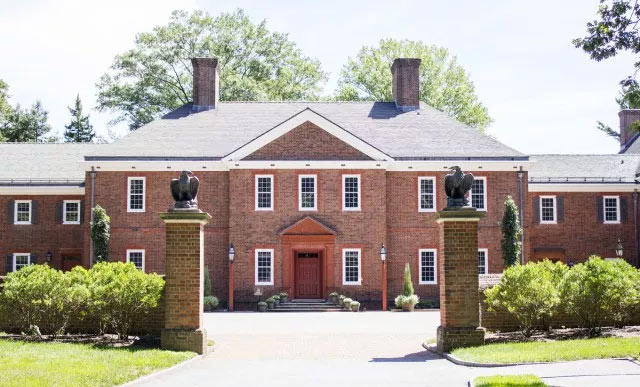 Upon return to the United States in 1935, the Homseys settled in Wilmington, Delaware where they founded Victorine & Samuel Homsey Architects, one of the first husband-and-wife architectural practices in the US. With the help of Theodore Fletcher, the expert draftsman they hired, the couple completed their first commission from Mr & Mrs Lammot du Pont Copeland for Mount Cuba Estate in the Colonial Revival style. Following soon after was their first non-residential commission, the Delaware Art Center (now the Delaware Art Museum), completed in 1937. Although several modern schemes were proposed, a Colonial Revival design was selected for the museum. 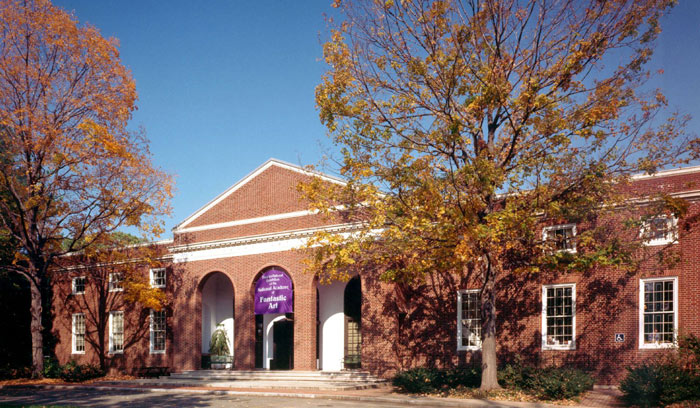 Throughout their careers, the Homseys, who identified with the principles of modernism, would find themselves balancing respect for their clients’ wishes with their own ideas of flexibility, simplicity, and quality that eschewed superficial decoration. In 1941, Victorine wrote:

We certainly are not modern if that means following worshipfully the so-called functional or international style…Nor do we follow with blind admiration the great designers of earlier periods. We try to work out each job as a totally separate problem and to divorce from our minds any preconceived idea of style.

During WWII, another lean time for architects, the family now including two young boys, temporarily relocated to Washington DC. Victorine found work with the Federal Housing Administration designing war-worker housing while Samuel served in the Naval Reserve as a commander in the Office of Research and Inventions. Scarcity of materials and a wartime economy were a challenge for architects, but Victorine believed it was the architect’s duty to adapt, writing:

We trust more vigorous architecture will be the answer to this challenge. 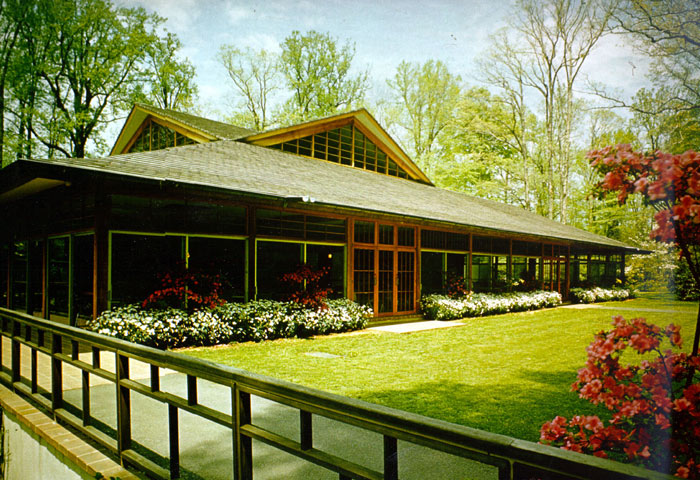 By the 1960’s the Homseys had completed many more projects, some traditional in appearance, and some modern, but always designed with sensitivity to the site and practical purpose of the structures. In 1945, they designed a compact modern house plan that was featured in Ladies' Home Journal as the picture of domestic bliss. Conveniences now taken for granted such as a separate bathroom for the kids, a play yard, and a play room with snack bar off the kichen were creative Homsey innovations. In 1961 they designed the Winterthur Visitors’ Pavilion in a Japanese-inspired style nestled into a wooded slope and featuring walls of glass that focus attention on the landscape. 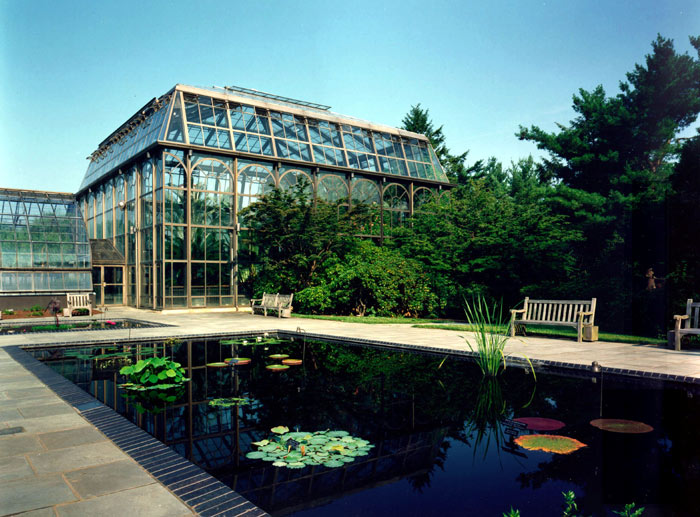 In 1966 Victorine & Samuel Homsey Inc. was commissioned to design the Palm House at Longwood Gardens. The design employed an innovative plan that placed the base of the palms below grade and the visitor walkway at the intermediate level for more dramatic viewing and to accomodate the great height of the palms. Around this time, they built the modern office building that would be home for Homsey Architects into the present day. Now empty-nesters and still very much dedicated to their work, the upper floor was designed as their personal apartment where they lived while working in the open-style studio and offices below. 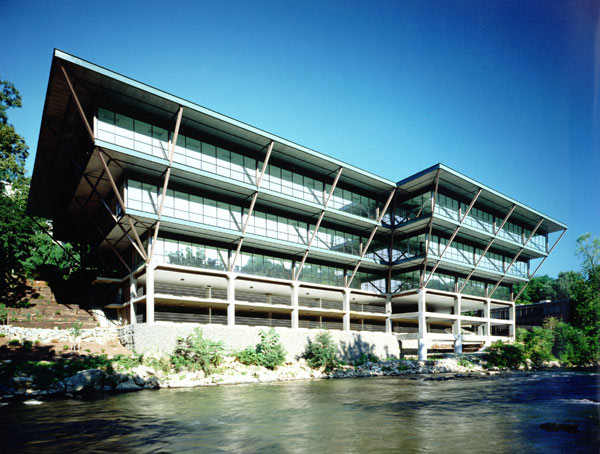 Their younger son, Eldon, followed in his parents’ footsteps. After receiving his Bachelor of Arts degree from Harvard and his Master of Architecture from the University of Pennsylvania in 1961, he joined the family business, taking over the firm after his parents’ retirement in 1978. He too designed several award-winning buildings over his career including the 3 Mill Road office complex and the Terrace Restaurant at Longwood Gardens. An affable personality and dedicated mentor, “Don” presided over several generations of young architects including those running the firm today. He retired in 2015 leaving the operations to Charles B. Ryan, Curtis C. Harkin, and C. Roderick Maroney. 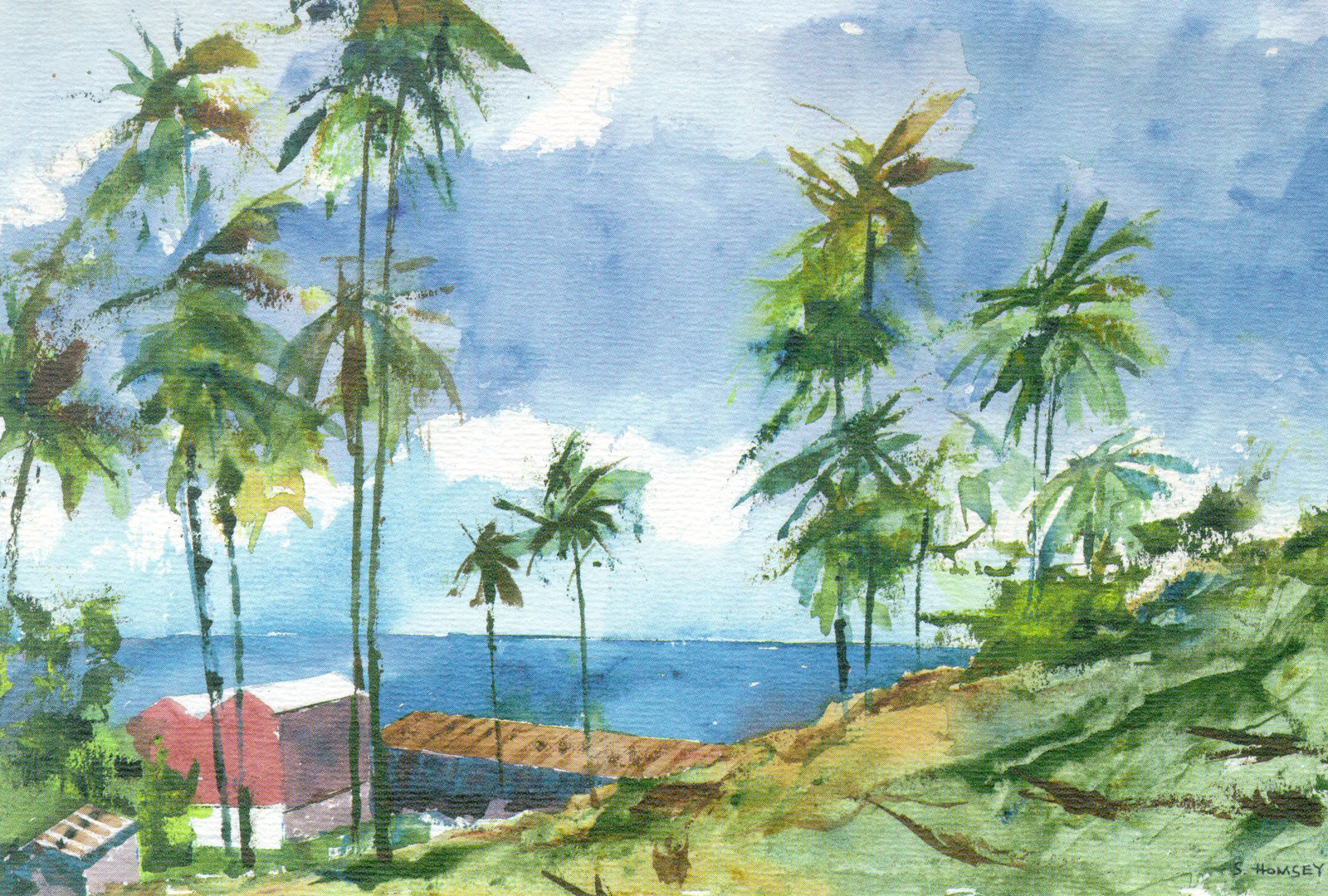 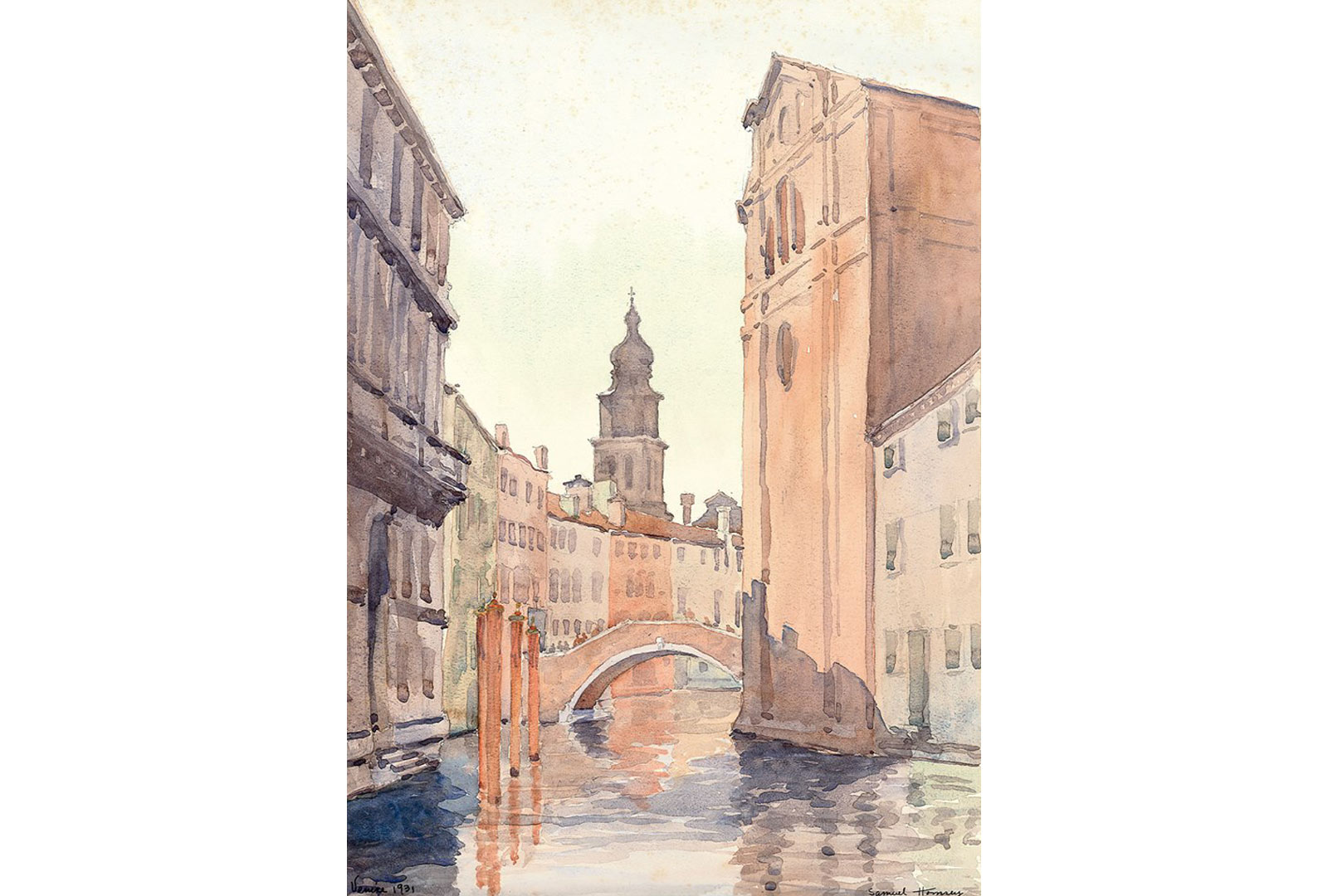 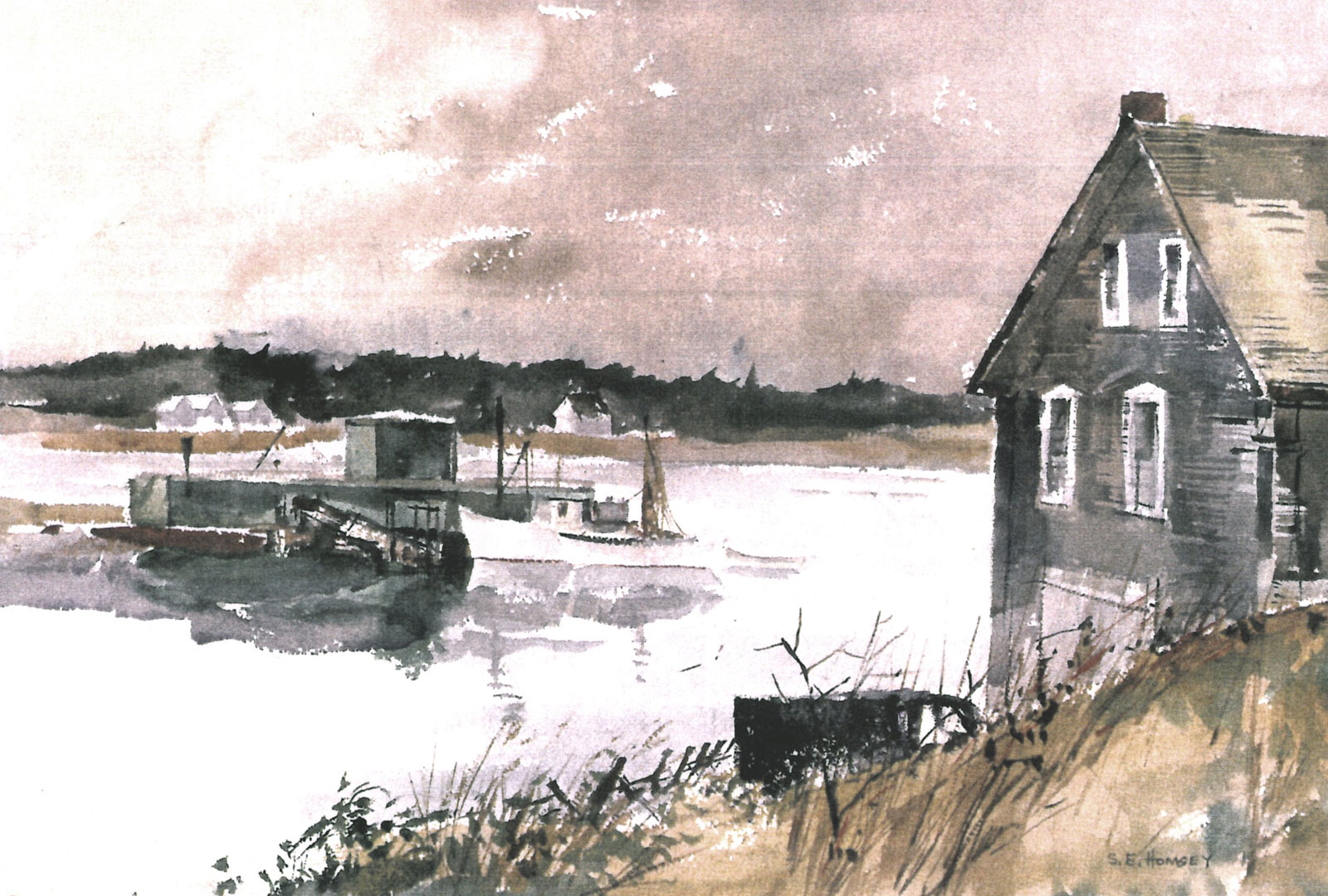 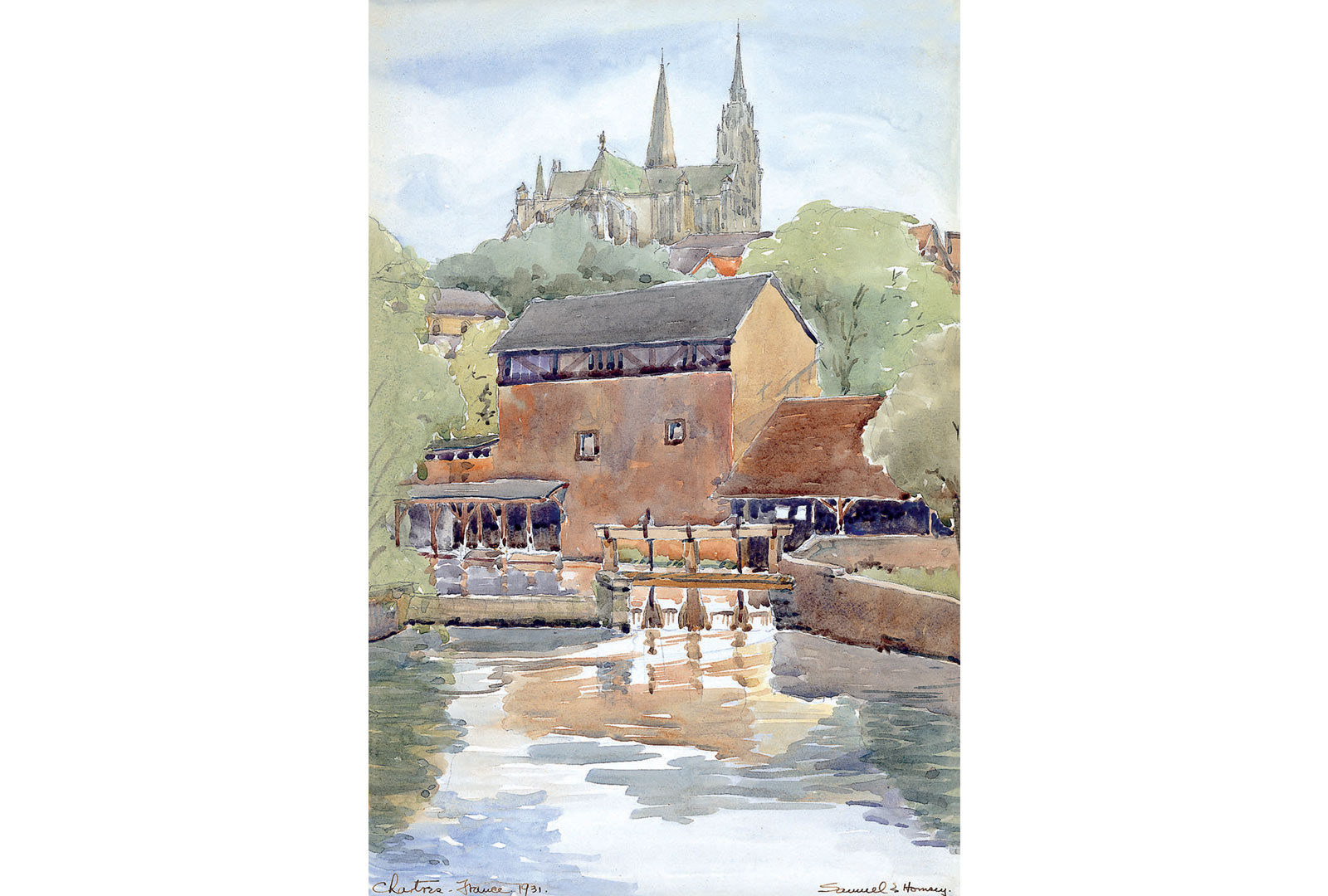 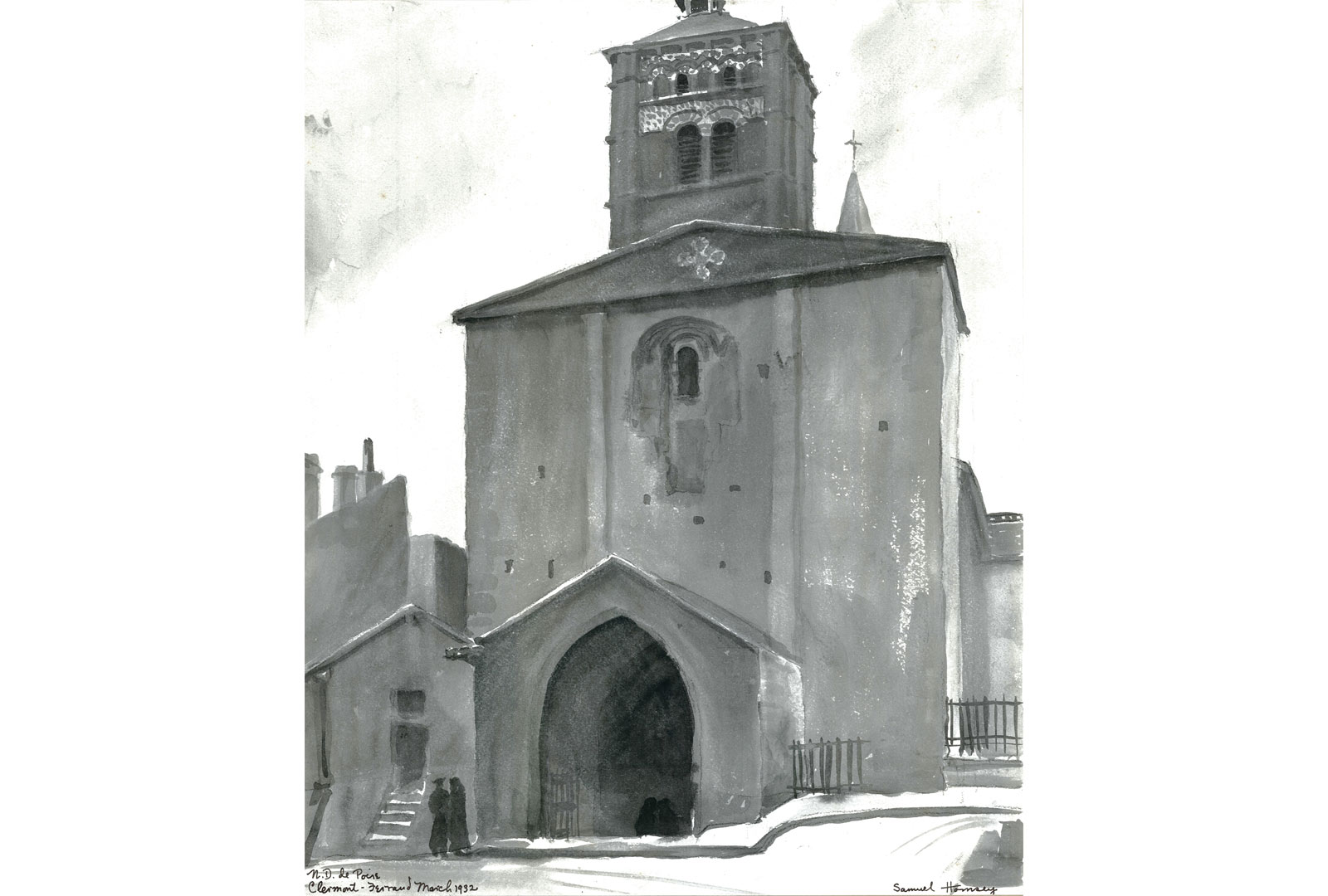 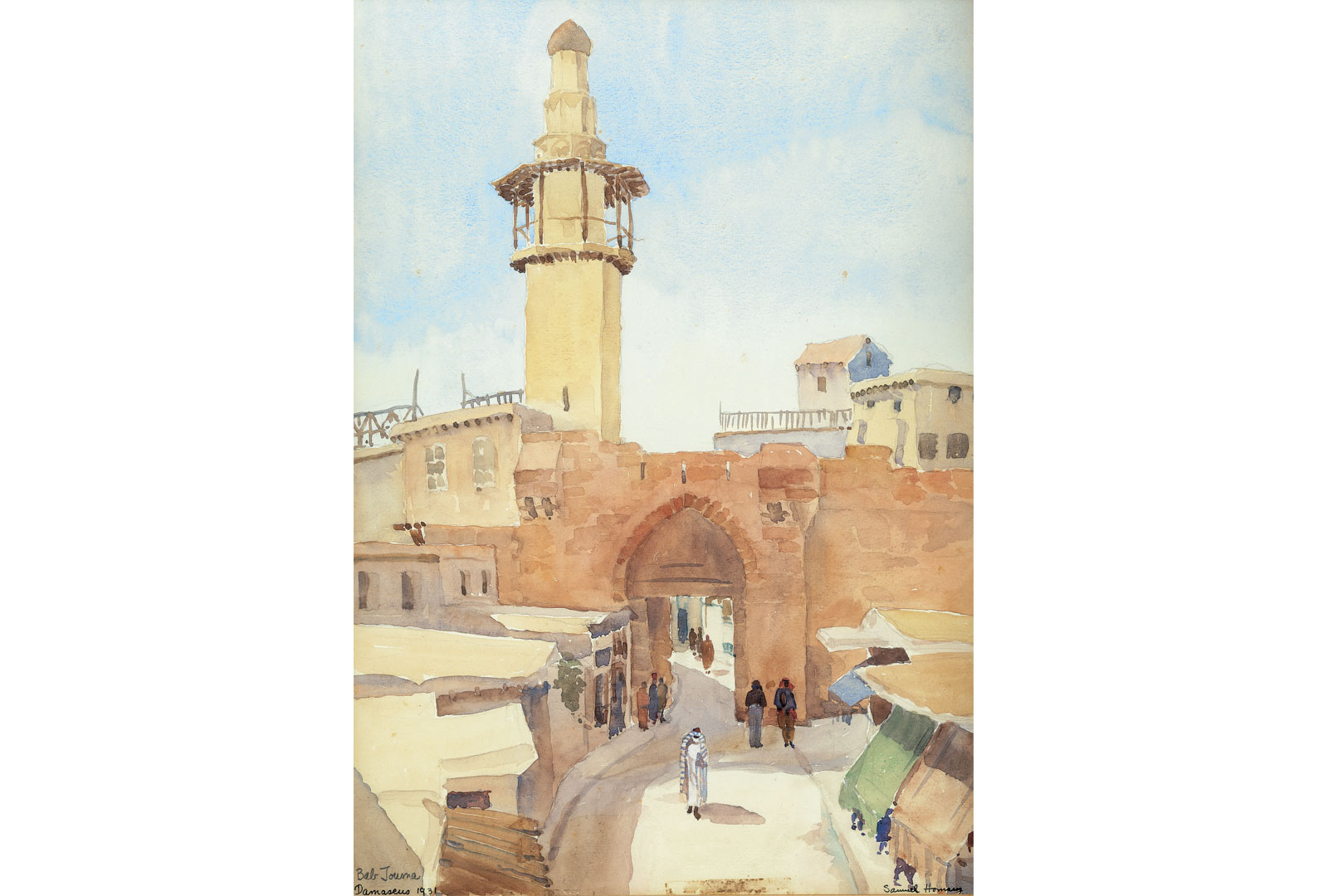 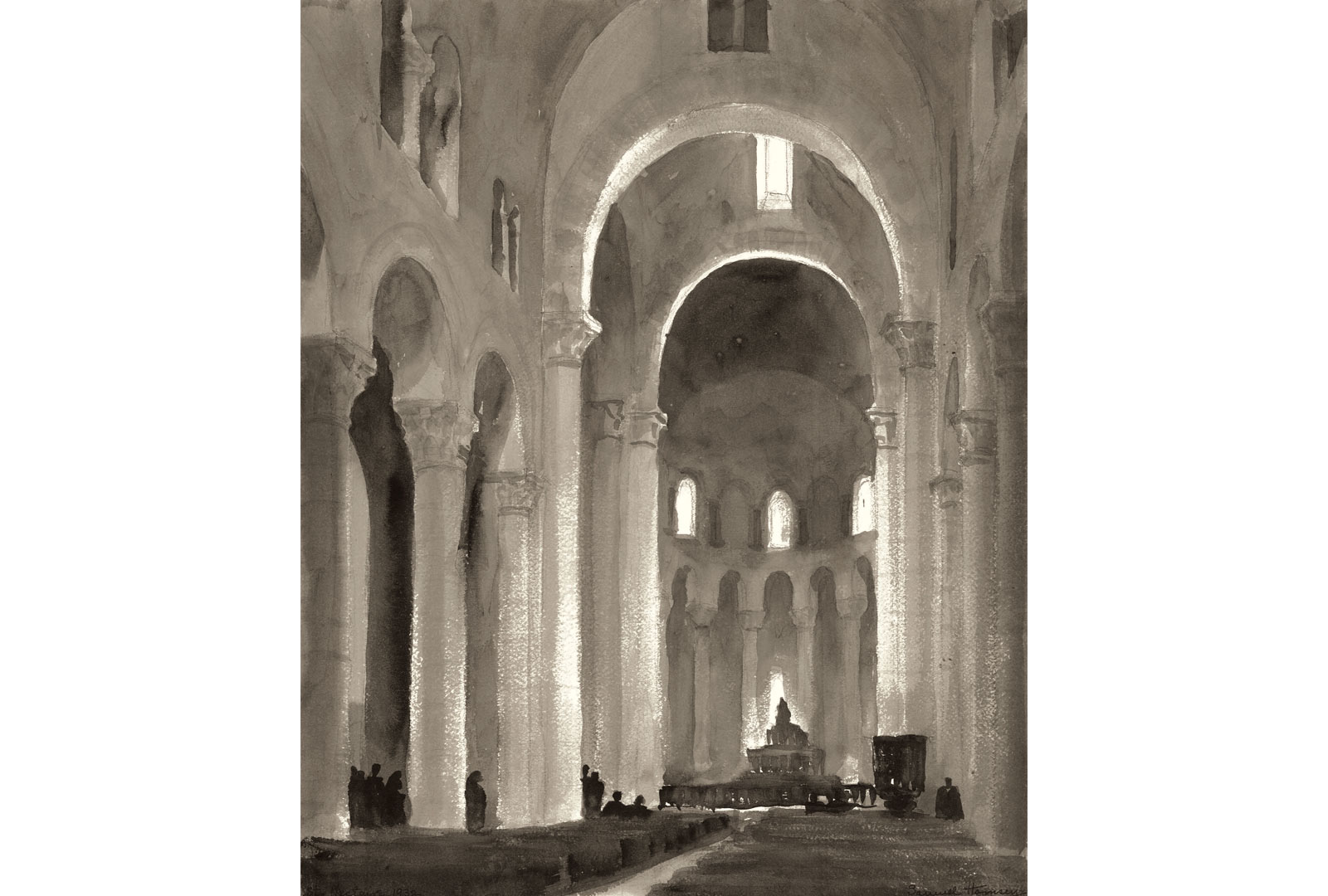 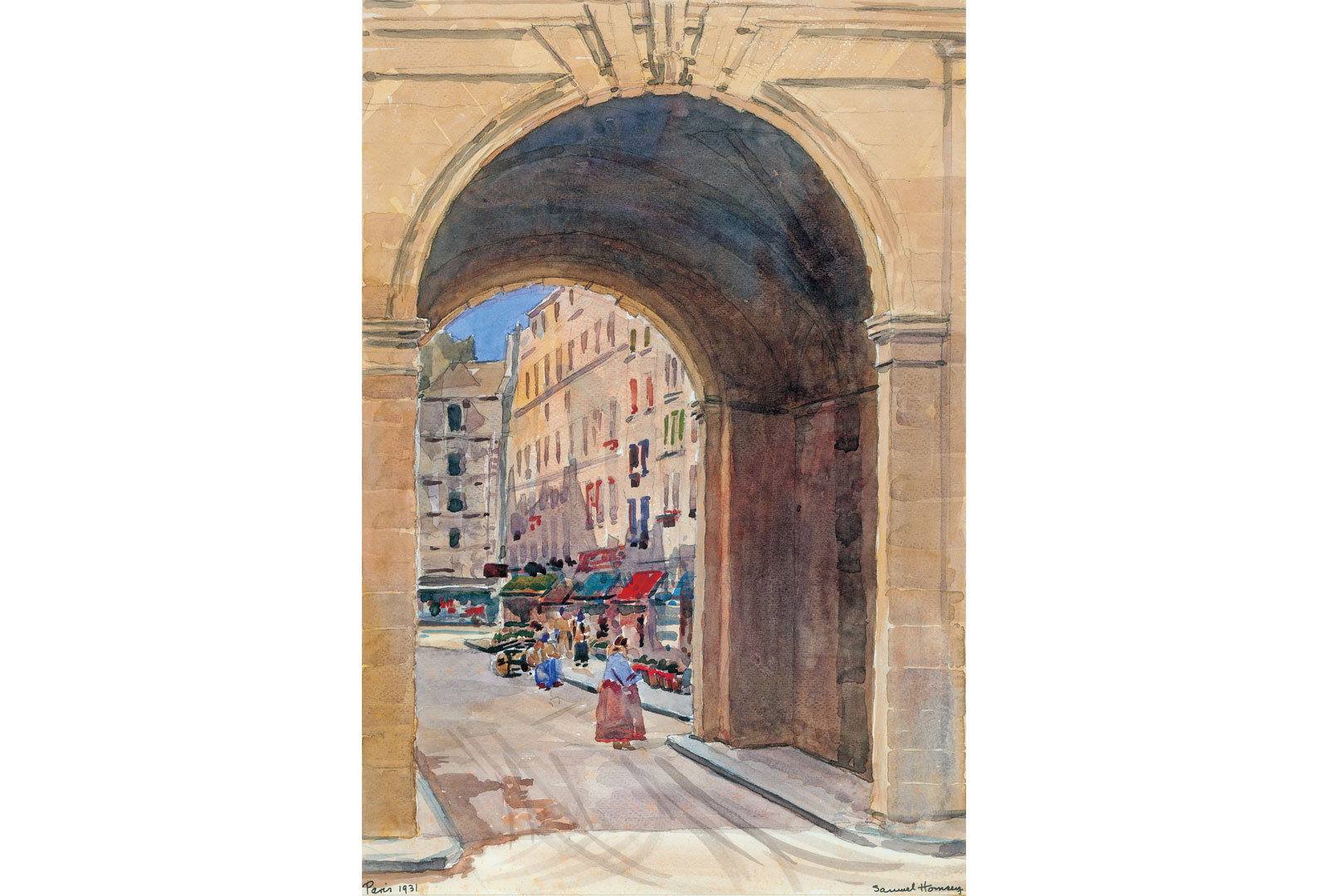 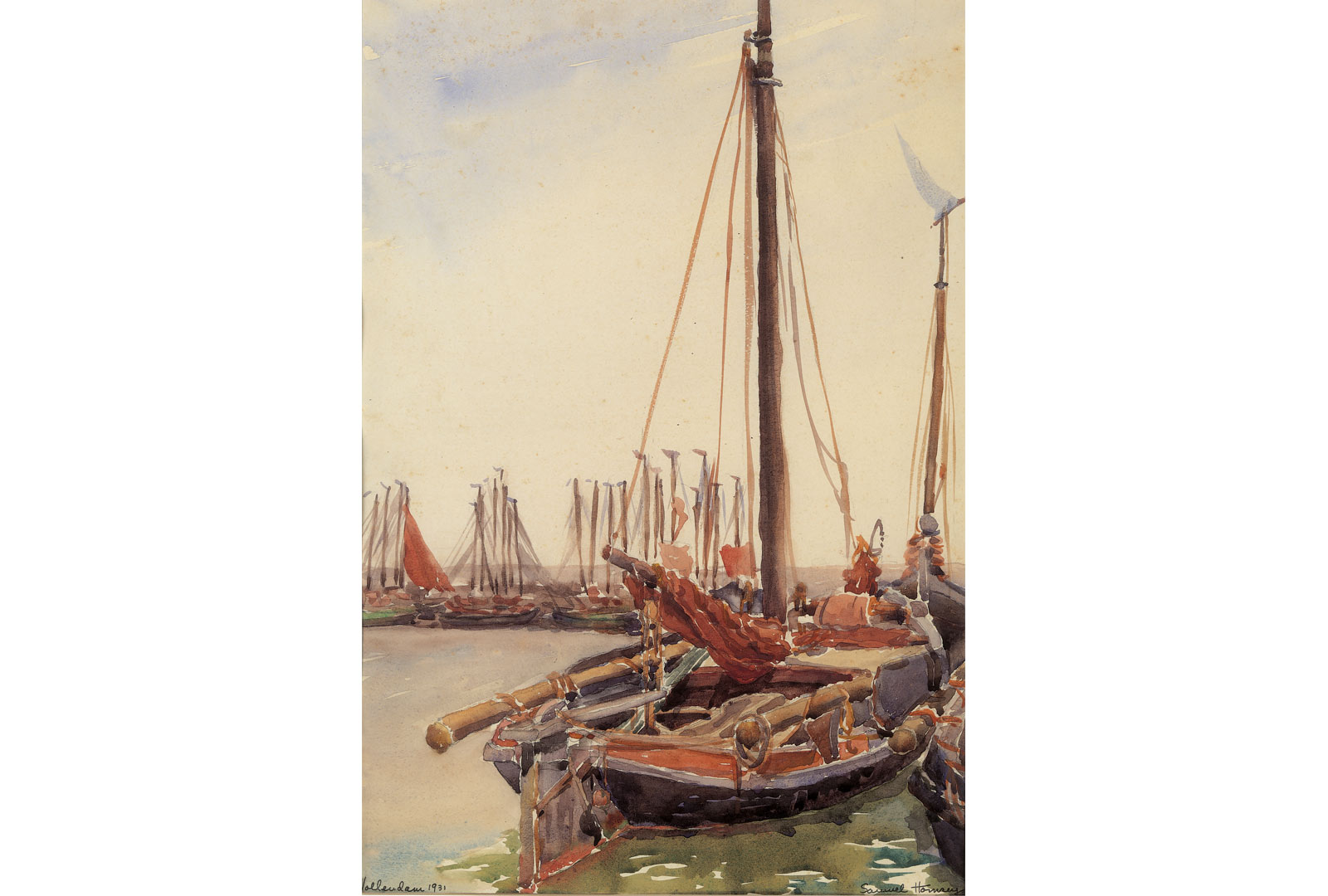