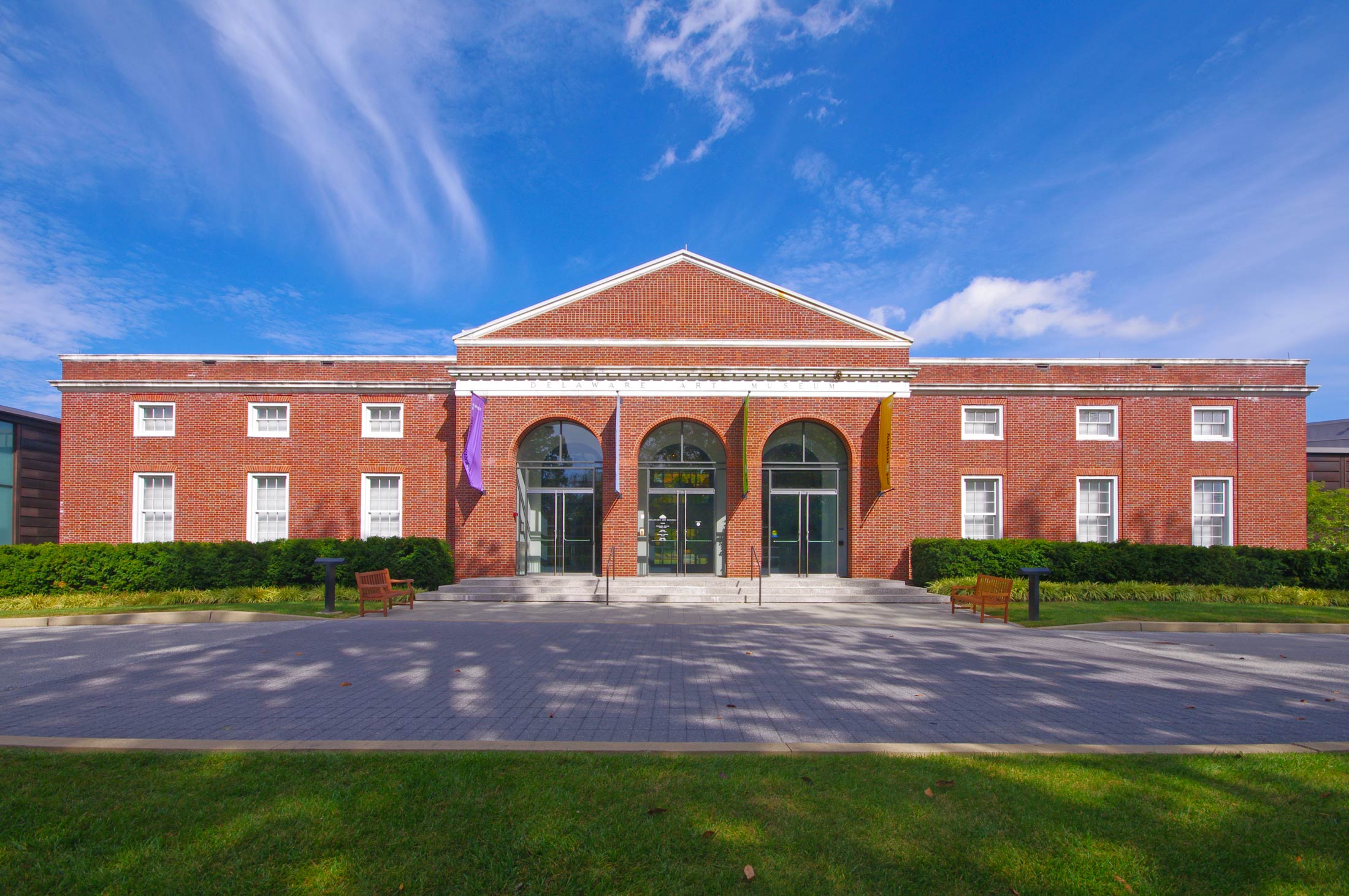 The Wilmington Society of Fine Arts was founded by students and admirers of the illustrator, Howard Pyle, after his untimely death in 1911. Before having a permanent building in which to display them, the society pooled resources to purchase over 100 works from Pyle’s widow.

It took until the 1930’s for the construction of a museum to become possible. The Bancroft family, owners of the local textile mill, donated the land for a museum, an endowment to maintain it, and a fine collection of Pre-Raphaelite artwork. During the height of the Great Depression, the society raised another $350,000 for the construction. This would be the first major public project for Victorine and Samuel Homsey Inc.

The Homseys presented a number of modern as well as traditional schemes to the Board. A Colonial Revival design was chosen, in keeping with the traditional tastes of Wilmington society at the time. Over the years, multiple additions were made to add educational space and expand the galleries, but the original symmetrical structure remains at the heart of the complex.