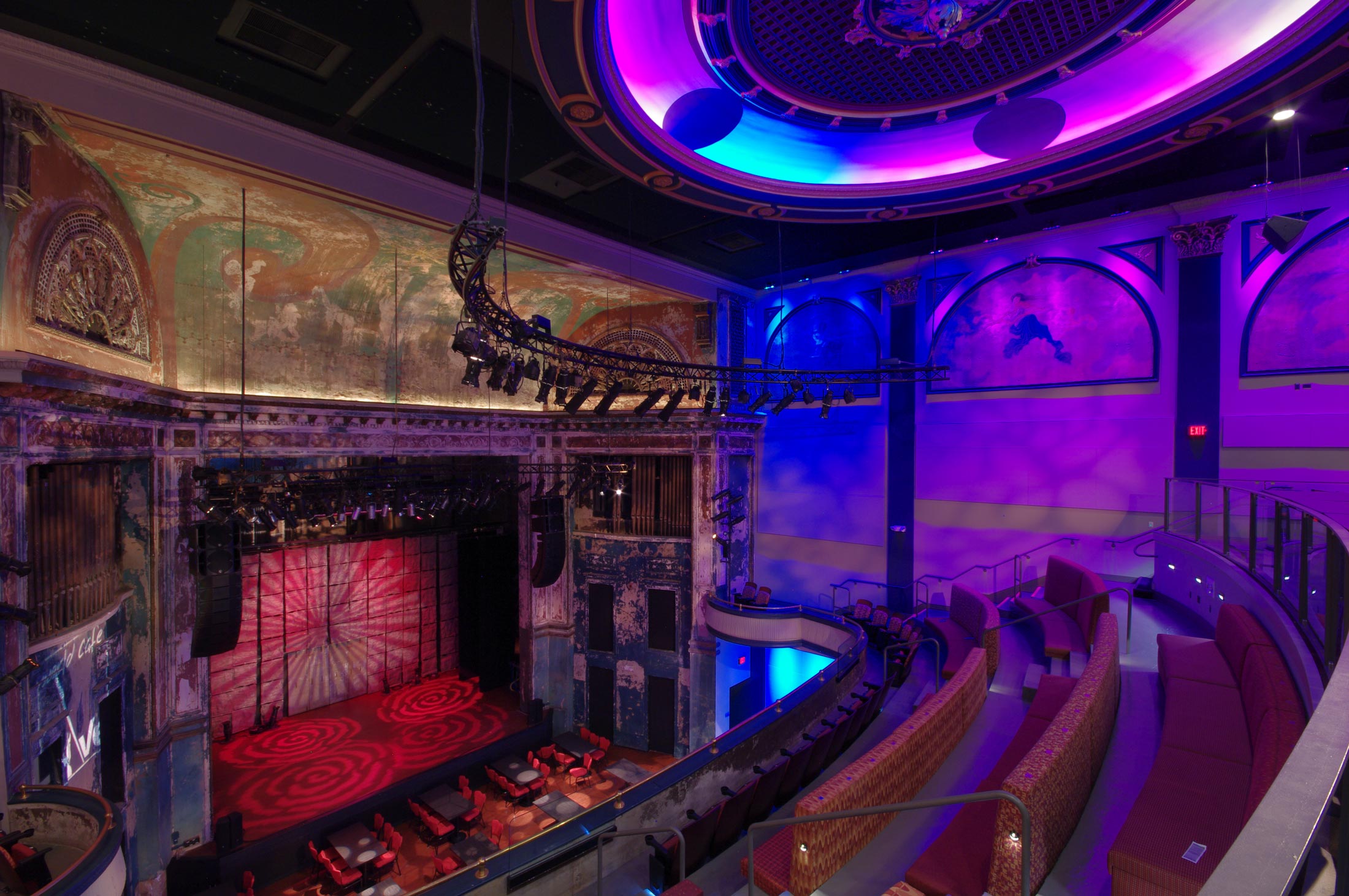 The Queen Theater started life as the grand Clayton House Hotel in the 1870’s, was converted to a movie theater in 1916 during the golden age of cinema, then sat dormant after its last screening in 1957.The building was was slowly deteriorating at the corner of Market Street and 5th Street in Wilmington for many years, ripe for demolition. Instead, the community came together with the city, developers, World Cafe Live, and donors to preserve the Queen and create a catalyst for the revitalization of downtown Wilmington. With the help of historic tax credits, a large scale renovation by Homsey Architects has given the building new life as a live music venue.

The renovation began with gutting the interior, removing the roof, and bracing the structure while deeper footings and a service basemsent were excavated. The renovation included the insertion of a new Service Level below the existing Theater floor to provide access and egress for service functions while maintaining the existing Theater volume. Interesting textures, plaster work, murals, and the old organ were uncovered in the demolition phase.

The expansive balcony was modified to create additional table seating with access from what would become the Olympia multi-function space above the Market Street restaurant. This change created a new structural challenge solved with the insertion of a new steel truss and floor framing.

Remnants of the windows from the theater’s previous life as the Clayton Hotel can be seen on the 5th street façade.

Rather than covering all of the interior walls with drywall and paint, old textures and imperfections were cleaned, sealed and left intact, most prominantly at the stage area.

The Queen Theater continues to be a central element in the revitalization of the City of Wilmington’s Lower Market Street District.