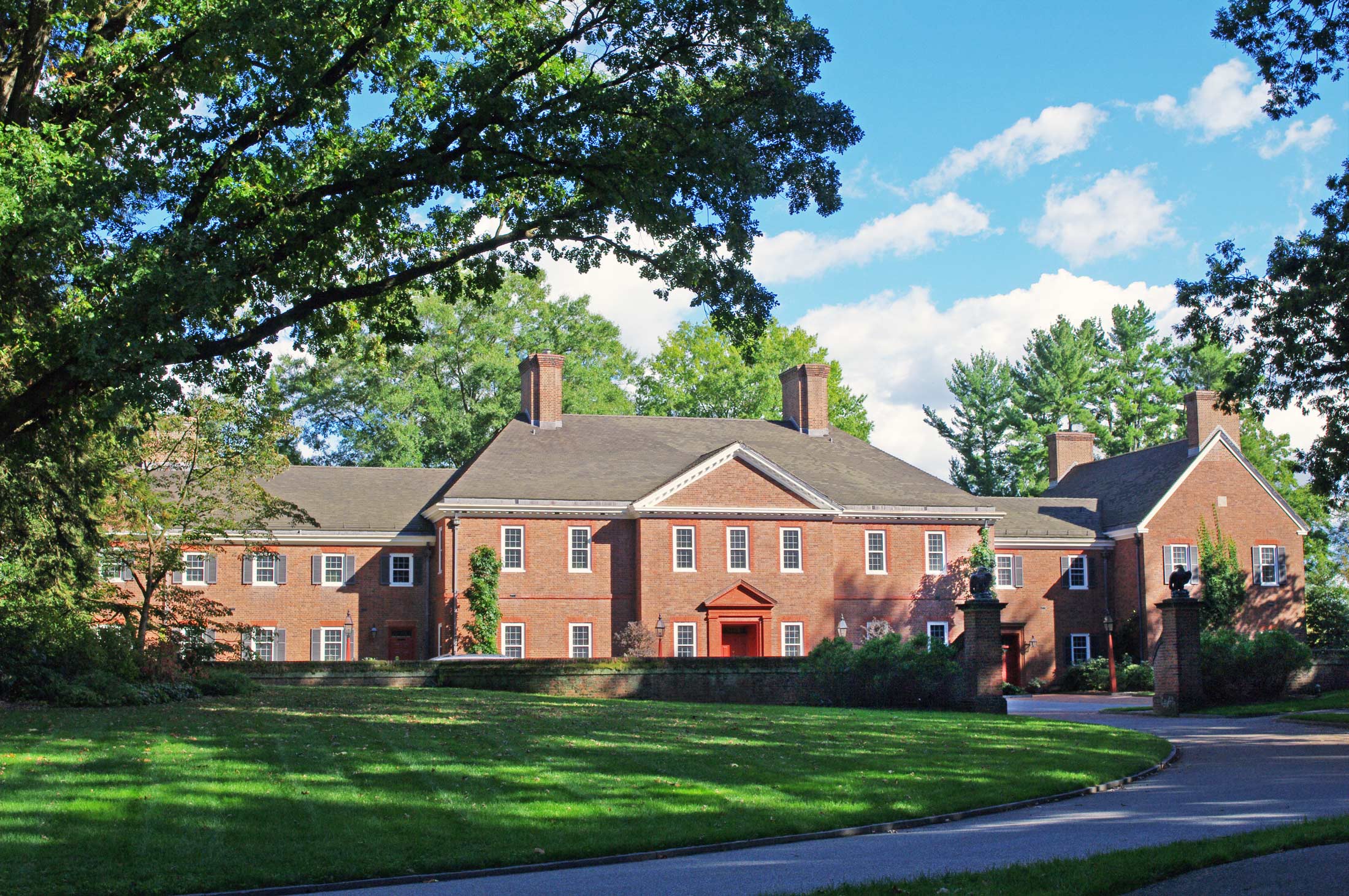 In 1935, Mr & Mrs Lammot DuPont Copeland granted Victorine and Samuel Homsey their first commission, a large Colonial Revival manor house to be built on acreage outside of Wilmington.

The 28,000 square foot residence that the Homseys designed, incorporates the Copelands' collection of architectural antiques salvaged from several seventeenth and eighteenth century American homes. Doors, paneling, moldings, fixtures, fireplaces, railings and balustrades are all one-of-a-kind and vary from room to room.

The home is situated to take advatage of views of the rollling hills of the Delaware Piedmont from a double-height sunroom on the back side of the home as well as a generous patio reached at the end of the center hall. The formal gardens were originally designed by Thomas Sears and later added to by Marian Coffin.

Over the course of the next 40 years, Mrs. Copland’s gardening hobby would develop into a mission of awareness and conservation of native flora. In 1983, she established the non-profit institution Mt Cuba Center for the Study of Piedmont Flora.

Now open to the public, the center operates out of the original family home which underwent an extensive renovation completed in 2005 by Homsey Architects. The transformation of this private residence into a public institution presented considerable challenges. The primary focus was on maintaining the beauty and architectural integrity of the home while opening it up to the general public for tours, workshops, and lectures. Issues of egress, life safety and code compliance required unobtrusive solutions that would not compromise the unique features of the historic home.

The building was added to the National Register of Historic Places in 2003 and remains a proud example of Estate Architecture from the 1930’s.

The original late 18th century Chinese wall paper was cleaned and restored by conservators from the Hagley Museum.

Original woodwork was maintained while modern amenities including new HVAC and electrical were installed.

An additional stairwell was added elsewhere to satisfy code for the new occupancy.